All articles tagged with "Slave"

This mistress likes to humiliate slaves and she humiliated this one a great deal. She did not care what he was going through. All that mattered to her was that he was humiliated and nothing else. She used her martial arts skills to humiliate and torture him. She choke held him and sleeper held him cruelly and he nearly cried as he begged her to let him go after trying unsuccessfully to free himself. 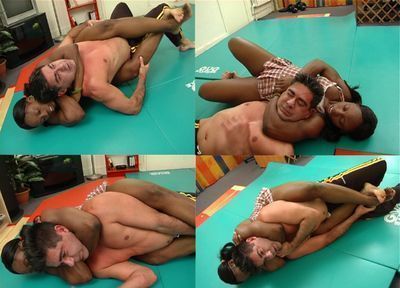 Mistress toughens up her husband

This mistress had a loser of a husband and she wanted to toughen him up as well as to teach him how to defend himself. She started by making him work out and once she felt he had worked out enough and built some muscles, she wrestled him because if she had done before, it would not have been a fair fight. She choked him using her leg and she held on strongly as he did all he could till he broke free from her choke hold. 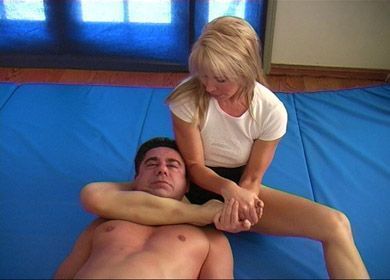 Mistress Cynthia does not like wasting her time to teach slaves what they are supposed to do. But when she has to do it, it is never pretty as her slave came to find out. She went to his room while on her phone and she ordered him to lie on the ground. She got on top of him and trampled him. She then stepped on his neck and strangled him using her foot.

Mistress Maeva loves to humiliate her slave. Her slave does not have any other work in her house except being her punching bag. She loves trying out different skills on him and today she wanted to try her strangling techniques on him. They went for a walk and she surprised him by wrestling him to the ground and choking him using her sleeper hold. When he tried to break free, she used a choke hold technique to make him surrender.

Princess Cera flirts with guy before choking him

This mistress was insulted by this guy and his girlfriend. She was pissed and had to show them that they cannot go round insulting other people. She caught them by surprise and humiliated them. She wrestled them and held them in a vice like sleeper hold. She strangled and smothered them and had fun as they begged her to let them go and asked for her forgiveness. She gave it but not before choking them a little. 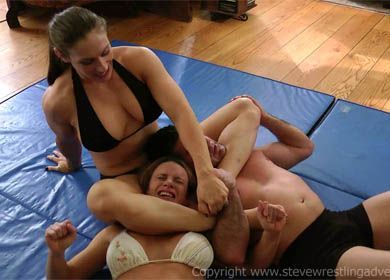 Gina chokes with her bare feet

Sexy Gina has her slave down on the floor and she is going to use her very pretty, bare feet to keep him from breathing for as long as she wants. She steps right up on his throat and uses her full weight to press down onto his neck through her naked soles and bare toes. She makes sure to cut off every little breath that he can take until he passes out. 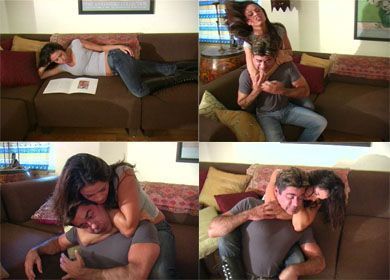 Mistress Amrita has a vast knowledge of Japanese bondage and she is going to use every she knows on her slave to make sure he understands his place. She starts off by using her legs to scissor his neck and cut off his air supply. Then she moves on to using her arms by putting him in a sleeper hold until he almost passes out. Then she takes a break to let him lick her pussy. 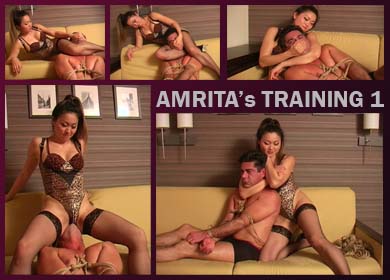 This hot mistress looks harmless. And this guy thought he could take advantage of her. She just smiled and continued to mind her business. But the guy insisted and she became mad. She turned on him and wrestled him. She held him in a choke hold and sleeper hold. He could not breathe properly and begged her to forgive him but she did not listen. She pushed him to the brink before letting him go. 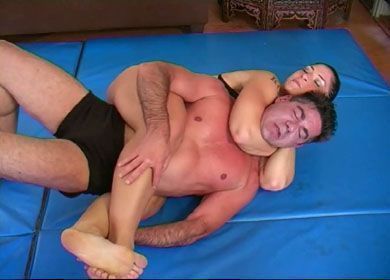