Mistress surprises guy and chokes him

This guy wanted to impress this mistress so he suggested they try and wrestle. He suggested that the one who lost would have to do something naughty to the one who won and it was the one who won to choose. She agreed and he thought it was going to be easy. The mistress surprised him with a strong choke hold that he could not break away from. She won. 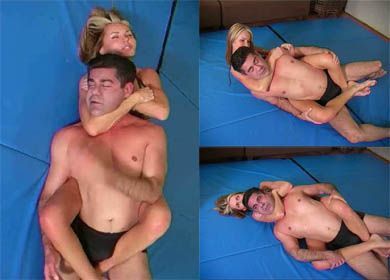